Best Motorcycle Oil Cooler for You 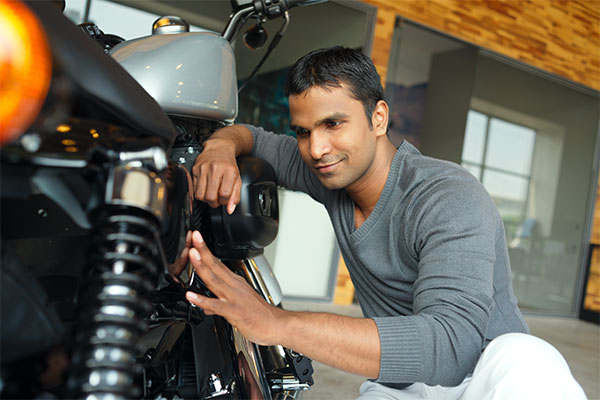 People tend to think that motorcycle engines overheat because of the ambient air temperature. This is not the case at all. If you have an air-cooled engine, your problem isn’t in the weather but in the airflow. For instance, even when it’s cool out, if you’re stuck in traffic, your motor is going to get really hot. If you factor in the inferior quality gas that we have to deal with these days, your engine is pretty much toast. Fortunately, there’s a solution at hand. A line of fan-assisted oil coolers is now available. For the Harley crowd, the best motorcycle oil cooler for that line is the Reefer, which comes with twin fans and a sleek chrome housing that complements and enhances the look of your bike.

“comes with twin fans and a sleek chrome housing that complements and enhances the look of your bike.”

Installing the Reefer is pretty simple. Once you’ve set it up following the very user-friendly instructions, you need to make sure that you did it correctly. To carry this out, start the bike, let it idle for several minutes, shut the engine off again, and then check for leaks. If it looks good, take your bike out for a short ride. After a couple of miles, stop to check for leaks again. This is a good time as well to check on the adaptor hex bolts that are located along the outside perimeter of the oil filter.

The Reefer utilizes a heat exchanger behind the fans to cool the oil. It has the oil constantly flowing through its fins even when the fans are not activated. However, once the oil reaches a temperature of 220 degrees Fahrenheit, the fans will start blowing air through it. These will keep blowing until the oil’s temperature drops to 190 degrees. In effect, it doesn’t matter whether you’re moving or not, the oil is constantly receiving a blast of air, which is the very thing to save your motor.

You can rest assured that the fans are quiet. The airflow they produce also moves under the bike, so you can’t feel it. The only way you can tell they’re running is by the LED indicator, which can be mounted in different locations.

You’ll soon take note of the ability of the Reefer in the greatly reduced ping and knock in the engine as well as in its much improved performance. You can’t put a monetary value on the peace of mind these elicit. In that alone, motorcycle oil cooler systems are able to prove their worth as an investment.

Click here to buy a motorcycle oil cooler and save your Harley’s engine today!