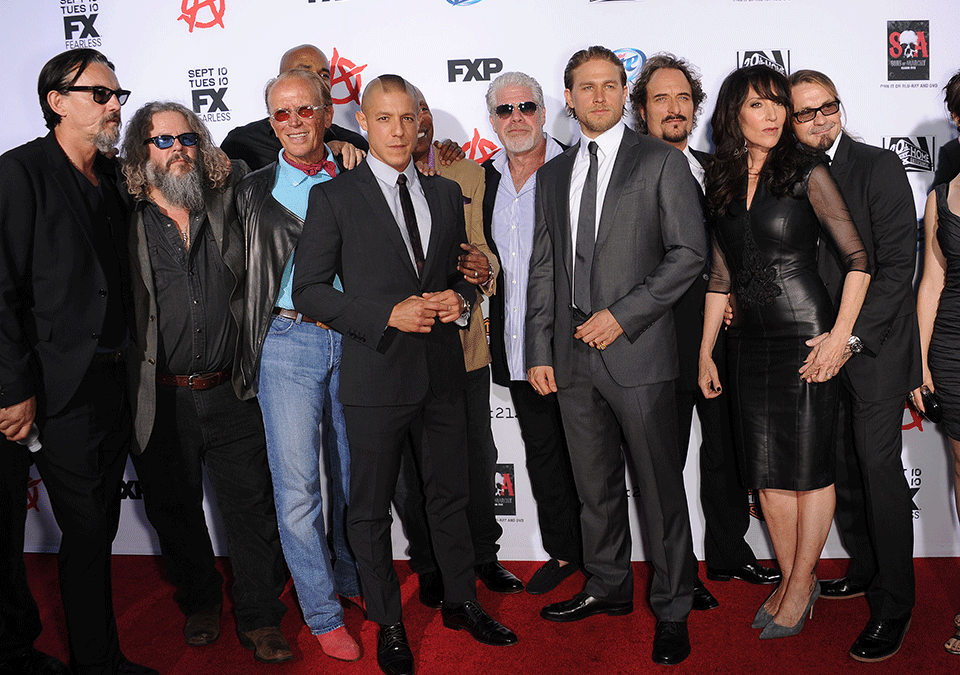 When it comes to the crime drama genre, very few cable shows over the years have managed to generate enough viewership to get picked up for a second season. But “Sons of Anarchy” miraculously broke that unsuccessful trend and emerged as one of the big successes among cable TV series. Throughout its seven-season run, it attracted an average of 4.9 million viewers per episode, making it cable channel FX’s highest rating series ever, outperforming cult hits such as “The Shield” and “Nip/Tuck.”

However, despite its viewership success, like all good things, it also had to come to an end. But the show definitely wanted to take its final bow in a “badass” fashion — which was only to be expected from a TV series that was the very definition of the word.

Natalie Skyy hosted the Sons of Anarchy finale viewing party last December 9, 2014 at Illusion Cycles (the venue definitely recreated the look and feel of the show with its rows upon rows of flashy big bikes), and it was a roaring success. The stars of the show came (looking very much like characters, but fancied up, which was a treat) to be with their devoted fans for the conclusion of one of the most compelling series of the last six years.

It was the perfect gathering to culminate the most successful show of the season, which came with some really nice surprises — such as the appearances of Marilyn Manson who played a drug addict and high-ranking member of a neo-Nazi prison sect, and “Glee” and Broadway star, Lea Michelle, who played a truck stop waitress and single mother in the 6th episode.

The red carpet event was a parade of the show’s stars and the key personalities responsible for the success of the show. It allowed fans to catch a first glimpse of the actors whose roles in “Sons of Anarchy” they have grown to either really love or hate.

After that, it was time for the viewing of the much-awaited finale; it was bittersweet for many because it marked another end of a great era for television.

But what came after that was the after party; fans were able to get close to their favorite stars, have merchandise such as the UltraCool Oil Cooling System and personal items signed, and have pictures taken for their personal memorabilia of “Sons of Anarchy,” and at the same time have their fill of delicious grub.

Saying goodbye to a beloved show is never easy, but the finale viewing party definitely helped in making the end more bearable – it was a great way to celebrate the exceptional entertainment value delivered by “Sons of Anarchy.”